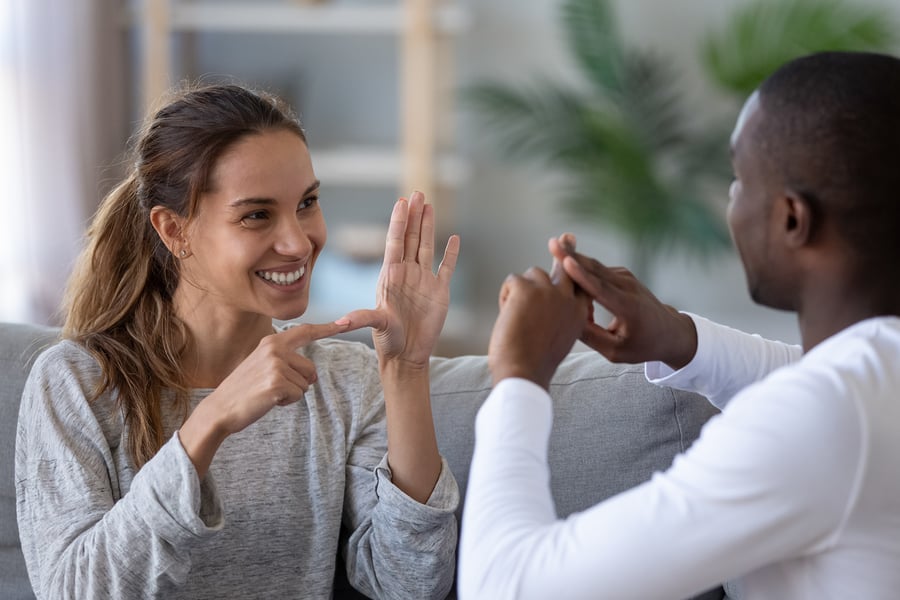 One of the facts in sign language use, as stated by the World Federation of the Deaf, is the estimate that about 70 million people use sign language in some form or another to help with communication around the world. In Britain, British Sign Language (BSL) is used by 87,000 people whose English ability is ranked as either a second or third language. Overall, one of the other facts about BSL is that approximately 151,000 people in Britain use BSL This figure doesn’t include interpreters and translators for BSL.

One of the key facts about British sign language is without a doubt that it’s an expressive language, but it isn’t quite the same as a spoken language. BSL has its own distinct grammar structure and is referred to as a visual-gestural language with. It uses gestures, handshapes, body language and, facial expressions in order to convey meaning. Another of the important facts of BSL is that sign language isn’t the same in different countries so you won’t necessarily understand the sign language used in other countries.

One of the main differences between ASL and BSL is in relation to the alphabet where a single hand is used in ASL but in BSL and German two hands are used. Auslan, which is Australia’s sign language, is related to BSL and New Zealand Sign Language (NZSL). The three are descendants of the same parent language so, as a result, are referred to as the BANZSL language family. These languages could be technically considered as dialects of BANZSL due to them sharing the same grammar usage and manual alphabet. There is also a lot of lexical sharing in the use of signs.

Another BSL fact in sign language is the use of Makaton, which is a communication system used by people who are hampered by cognitive impairments or they have other communication problems. It was developed originally using signs borrowed from BSL. This sign language is used in Sri Lanka and today resembles BSL in spite of the fact the oral language isn’t English.

How BSL is Used

BSL is not only used by deaf people in Britain to aid communication between deaf people but it’s used in many situations such as hospitals, schools, meetings and any other place where the deaf may be present. In these situations, BSL interpreters are used to conveying meaning to those who require it. So a person turning up at a hospital who can’t speak should be offered a sign language interpreter who will ensure all facts are understood by those involved inpatient care.