Watch out When Translating Marketing Materials! 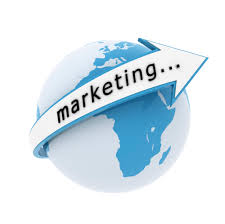 The possibility of errors in marketing translation is probably greater than any other type of translation services. This may be because the diversity of people with access to this type of material is greater than any other type of translation. For instance, legal document translation services are provided for individuals, businesses or government agencies to communicate specific information with their partners, clients or counterparts in another country or at least in another language. The communication is specific to certain end users. The same goes for medical translations. They are intended for medical professionals or at least are used by medical professionals in their dealings with the public.

Marketing translation needs to be done by professional translation services that are well aware of the importance of localisation. This is the adaptation of marketing material not just to the target language but their culture and sensibilities, too. What may be seen as a humorous advertising message in one culture may be translated literally but may appear rude or simply not understood by the intended market. This means that any translation agency in Australia or elsewhere that intends to provide marketing translation should have an intimate knowledge of the language and culture of both the two languages involved.

Marketing mistakes or blunders can happen, of course, simply because the translation has been done by an amateur. A t-shirt company in the United States printed a line of t-shirts in Spanish (a major second language in the U.S. and also a major first language throughout Latin America). The t-shirt release was timed with the visit of the Pope. In English, the slogan n the shirt read “I saw the Pope”. In Spanish it read “I saw the potato”. It was a simple error, because of the importance of gender in Spanish. “El Papa” is Spanish for the Pope, while “la papa” is a potato!

One would hope that a professional translation services in Australia contracted to translate t-shirt slogans should never make that type of grammar error, but it becomes trickier with culture specific terms. Take the well known Pepsi blunder for instance. Pepsi used a slogan in English which read as “Pepsi brings you back to life”, which is perfectly acceptable, but when it was translated into Mandarin it was understood by Chinese readers as “Pepsi can bring you back from the grave.”

Like anything in business, marketing success means understanding the market and making sure that if a translation service is used, that it understands that important principle, too.