Home > Translation is all About Good Communication

Translation is all About Good Communication 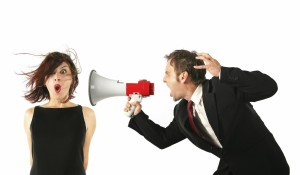 There is nothing worse than poor communication, except no communication at all! Translation is, of course, all about ensuring that communication can exist between people who speak and use languages that are different and ordinarily would not be able to understand each other. In other words, translators ensure that people can understand each other across language barriers. These days, in a world that is fast becoming smaller, with ever increasing amounts of international travel, visitation, discourse, trade and the need for global cooperation, the work of the translator in improving and enabling effective communication is becoming more and more important.

Communication never has been and never will be a passive process. It is a dynamic interaction of words and ideas between the sender and the receiver of the message. The work of the translator is not just to decode one message and translate it passively into another but understand and become part of that dynamic relationship. Poor communication, whether it is in the same or different languages, can be disastrous, whether it is in ordinary life or in business. Good communication involves appreciating the role of the person or entity with which you are communicating and delivering a clear, transparent and effective message.

One of the dangers in attempting to be a good communicator is to over simplify the message. The other danger is that the original message becomes garbled or so confused that it cannot be understood by the receiver. The translator stands as a third party between the sender of a message and the eventual recipient, so the possibility of the message being distorted is more likely than if the communication is a simple two way exchange. Of course, that has to be set aside the fact that without the translator there may be no communication at all!